Many different individual arrangements are available as retirement provision. The different types of individual pension arrangement can be divided into three broad categories:

The introduction of personal and stakeholder pensions made it easier for people to save for retirement outside the traditional occupational pensions route.

Stakeholder pensions were made available from 6 April 2001 as part of the Government’s intention to simplify and reduce the cost of pension planning for the consumer.

From a pension’s tax perspective, each of the above types of arrangement is now treated as a registered pension scheme and must comply with the requirements of the new pension tax regime from 6 April 2006, so the same requirements apply as to contribution limits and the types of benefit allowable. However, each arrangement still has its own scheme rules and/or contract terms to determine exactly what types of benefit it provides etc. within the overall general framework (personal pensions, stakeholder pensions and retirement annuities).

The Financial Conduct Authority (FCA) is responsible for dealing with contract-based schemes, and makes rules which firms which provide these schemes must comply with the rules made by the FCA (under the authority given to them by financial services legislation). Trust-based schemes on the other hand are the responsibility of the Pensions Regulator (TPR), and scheme trustees and managers must comply with rules made by TPR under the authority given to it by DWP legislation. TPR also looks after all workplace pension schemes (including contract-based schemes) in terms of how they are administered.

This section  to Individual Pensions and can be found in the relevant pages of the Retirement Provision Certificate Study Manual 2022.

You are a member of an occupational scheme that has an AVC facility. Think about why you might choose to pay into an FSAVC or stakeholder arrangement rather than pay AVCs.

Write your comments down as part of your revision structure/practice.

You will find some useful information about saving for retirement on the Money Advice Service website. Click on the link below to go there now. 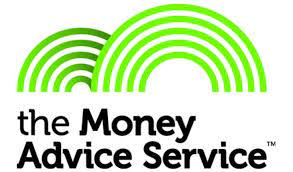 You can now check your knowledge by a short test.  Once completed then check your answers against those given.